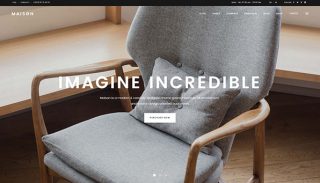 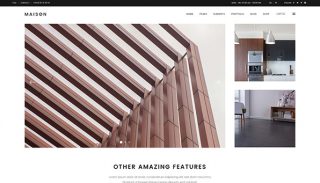 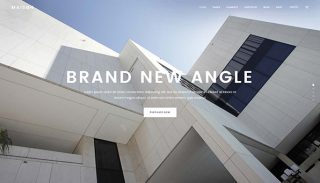 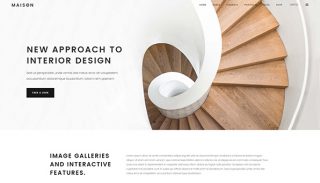 Behind the brand: Female Builders & Interiors

Behind the brand: Female Builders & Interiors

Behind the brand
By Sophie Baylis
expert tips, renovation

Philippa Tuttiett, founder of Female Builders and Interiors, has a simple answer when I ask her to pinpoint the moment when her building career began.

“How far back do you want to go?” she laughs. “My dad’s a builder and I have a photo of me working with him as a child. I was so small there are breezeblock steps to the mixer, which gives you some idea as to how young I was!”

Many of us – myself included – might have felt nervous about stepping into what’s still a male-dominated industry, but Philippa has taken it in her stride. In fact, there’s plenty more she’s accomplished, including playing international rugby and founding her company. I caught up with her to find out how she made it in a man’s world.

Q: When did you realise you were serious about the construction industry?

I worked with my dad all through high school, especially in the summer holidays, but I also wanted to do my A-levels and get a degree. I toyed with the idea of going into marketing and sales, so I went to Cardiff Uni to do a business communications degree. It was while I was there that I realised I didn’t need to choose between business and construction – I could do both. One of my assignments was to write a business plan for a new business and I focused on a female building company. I remember my lecturer saying, ‘If you could do this, you should seriously consider it.’

So, when I graduated, I worked full time for my father just to make sure that the building trade was definitely something I wanted to get into. Then in 2007, I applied for a postgrad grant from the Welsh Assembly Government to set up the business. And that was that!

Q: Did you ever consider you couldn’t be a builder because you’re a woman?

No, and I think that’s very much down to the person I am and the way that I was brought up. My mum always taught me that the way to make a difference is to focus on yourself and not to worry about everything going on around you. You do the best that you can do and that’s the most important thing.

I’m only ever aware that I’m different from the norm when I work on building sites where there are a lot of people. Even then, I’ve never experienced anything negative: mostly it’s just stares and you can’t fault people for that. They may never have seen a female builder before so it’s not surprising they take a second glance.

Q: Do you want the unique selling point of your company to be the fact that you’re female?

No – although when I first started out, being a female builder was very much my USP. It was a way to get my name out there and to become known. I’m now at the point where I say: ‘We can supply an all-female workforce if there’s a certain sensitive situation or it’s your personal preference. But actually, if we’re supplying the best people for the job, then we won’t look at whether they are male or female, we’ll just get in the best people.’

And this is the point I wanted to get to. As much as I feel a responsibility as a female in an under-represented industry to shout about it, equally I want to stay away from saying ‘I’m a good builder because I am a woman’ because that’s not true.

Definitely. Plenty of people’s perceptions about gender have changed recently, but they do still struggle with the idea of a woman being a builder. There are so many industries where things have changed, but building isn’t one of them. I think it’s down to exposure. It’s that old cliché: if you see it, you believe it. You just don’t see many female builders in real life or on TV, so people don’t have a visual representation to draw on.

Ten years ago, I would go into schools and I would talk about being a female builder and everyone would think I was crazy. And then I told them that I played rugby for Wales and that blew their minds. Now I go into schools and I say that I’m a former international rugby player and the kids say, ‘Oh yeah, cool – I’ve seen it on TV’ or ‘I know about the women’s Rugby World Cup.’ But then I tell them I’m a builder and their minds are still blown!

I did a bit of TV work a few years ago and I had to fight to be called a builder and not a decorator. I worked the hardest I’ve ever worked and then for the second series I became the master builder (or head builder). That show didn’t carry on, but I think it proves the need for more visibility.

Q: What advice would you offer a woman wanting to break into the industry?

Contact your local builder or even the builders’ merchants. Ask for some work experience or to shadow someone, or see if they have some casual work or a short-term job you could get involved with. I would stay away from the big housing development companies. They do have apprenticeships on offer – and that’s something you may consider at maybe a later date – but a local jobbing builder will be fully appreciative of the time that you’re giving them. As a result, you will actually be taught things, rather than potentially being seen as a burden in a big company and just given out-of-the-way jobs. It’s all about getting that genuine experience.

Want more? Catch up on the first Behind the Brand blog, where we joined the founders of Lick for a chat about all-things paint.